Kevin Buntin: It All Started With Clay on a Stick 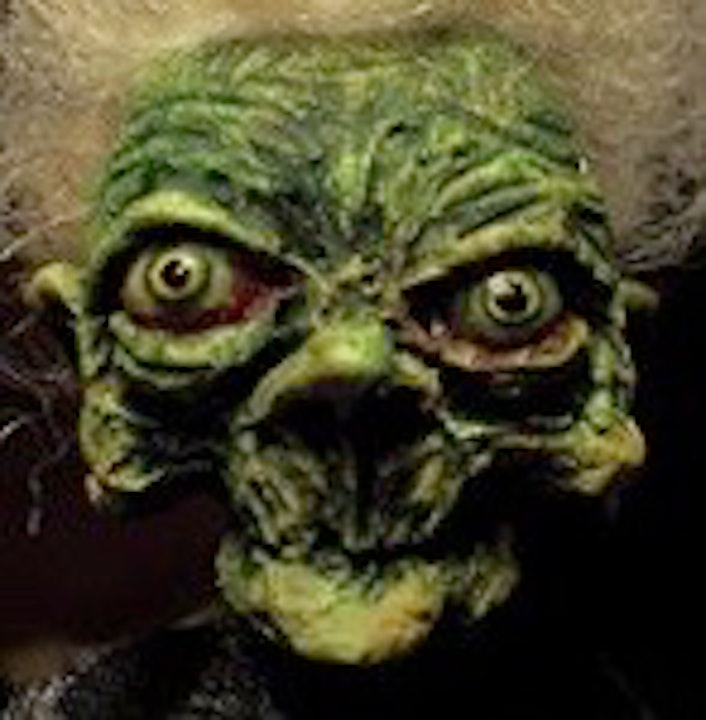 After high school, Kevin wasn’t college bound, so he dismissed going into art as a career.  Kevin worked multiple factory and labor jobs, including cleaning up roadkill. After her health crisis, Kevin’s wife helped him remember at one time all he wanted to do was create and write. She encouraged him to go for art full-time.

One of Kevin’s favorite pastimes is researching mythology and fantasy.  These help him conjure up his characters. He is a writer and his experience includes writing background information for Dungeons and Dragons.

Kevin loves to create with gourds. When he looks at them, he sees faces. Many of his gourds come from Fulton Farms. Watch out for the ones that grow in the dampest part of the field - those are the more twisted and dark ones.

Kevin is a collector and hoarder. One of his artist friends sends him boxes of pumpkin stems. Local quilters save scraps from him. The oddest thing he was gifted was the preserved hide of a pet alpaca.

It took Kevin a while to find his niche with art shows. He didn’t quite fit in at local, comic-con, and art doll shows. One of his fellow artists, Cassandra Graham, introduced Kevin to the Ghoultide Gathering art show. He may have wet himself from excitement when he got into that show - is he kidding or not? Kevin now participates in Bewitching Peddlers of Halloween (BPoH). His career highlight was when a young girl purchased one of his sculptures with money she had earned herself. Kevin almost cried right in his booth. Kevin also loves to participate in the Merry Krampus show in Columbus, Ohio. Kevin enjoys studying Christmas legends and mythology.

Kevin’s town of Troy, Ohio, is blessed with history and ghosts. Ghost tours are a popular event - and visitors can actually go into many of the haunted buildings. Kevin highly recommends the Haunted Ohio series of books by Chris Woodyard.